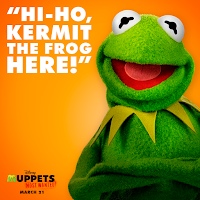 I am alive.  I’m struggling a bit for something worth writing a blog post about, (day to day life isn’t all that riveting, you know?) but I’m still kicking.  Mostly I’m having a hard time getting over some super funk type blues that were kicked off with a month of everyday rains and a canceled craft fair, but a big whine fest isn’t really good reading material.  [unless you’re weird, in which case, it is in fact, at my homepage blog here.]

This week I’m preparing for my NEXT craft fair, which is indoors, so rain or not by God it’s happening.  It’s the YWCA’s Fall Bazaar, which KP2 and I did last year as well, so I’m very pumped to have been invited back.

This year will see all the same crafts that I’ve talked about in previous blog posts (since there was no previous craft fair at which to sell them due to rain), plus the famous carrot cupcakes, chocolate chip cookies, and I’m thinking maaaaaaybe some cake pops.  Because those are a fun thing that are big in the states but I haven’t really seen them here… even though I have noted the Japanese culture very much enjoys food that is served on a stick. 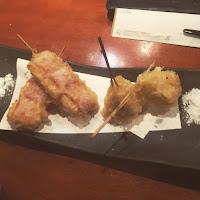 try to contain your drool over kushiyaki.

After that, The Mister and I will be celebrating our wedding anniversary by attending a Navy Ball out in Yokosuka.  Always nice to have an occasion to sort of gussy-up, but a sad reminder that I need to not “taste test” my goods for the fall bazaar so I can still fit in a pretty dress.  Fingers crossed on that. 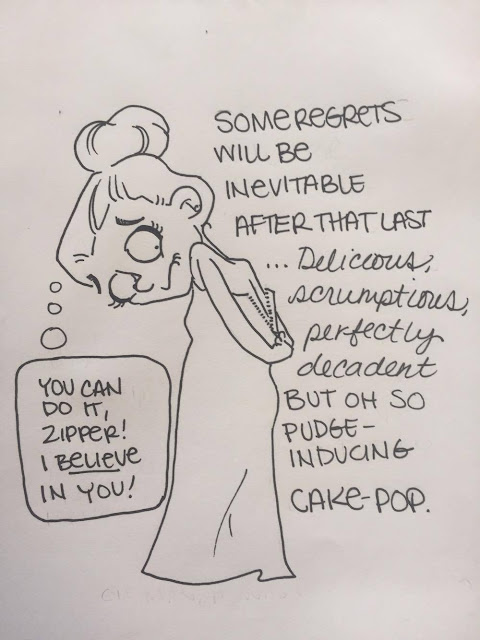 And last but not least I’m working on embarking on a new avenue for online sales of my designs.  It’s called RedBubble, and it works as thus: 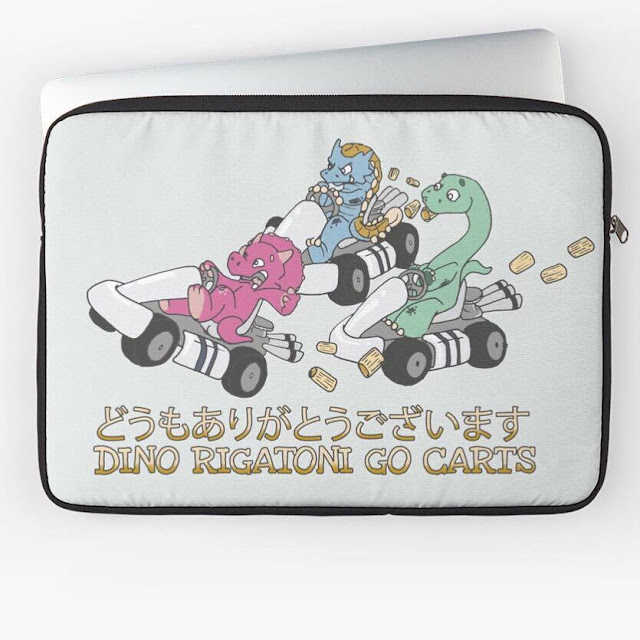 why yes, now YOU can own an artistic representation of the best auto correct of Japanese ever... on a laptop sleeve, a sticker, or a t-shirt.  wooooooooo.

I’ve read good reviews from artists on this system, and I’ve decided to have a crack at it.  It’ll be nice to have a reason to just make designs however I like and then maybe stand a chance at profiting from them.  As it is, I’ve put up some designs on the site already.  Maybe you’d like to check it out?

Sometimes to keep your head above water, you just gotta find a side hustle.*

Do YOU have a side hustle?
I want to know about it.  Tell me in the comments!
(and gimme a url link if you’ve got it!)

*thank you to blogger helloalissa for such a very apt term to define all the little projects in my life.*

In the Doodle Dumps.

I’ve been trying to write a blog post all week with no real headway happening.  My week isn’t one I’m too keen to write about, because it is a whole lot of me just being down in the dumps over what most people would see as insignificant blips on the radar of life.

I don’t write for pity, or unsolicited advice on how to “get over it.”  I write because this little blog has been an open diary to the world since before we did our first international move to Mexico back in 2011, and to not write my weekly entry would more likely just add “guilty" to the general apathetic malaise I’ve got going on.  I do believe, down the road I’ll be happy to be able to go back and see where I was and that it all got better.

Hence: Here I go Again.
I’m very bummed that the craft fair was rescheduled last week due to typhoon/rain.  And I’m bummed that the weather has continued to be dreary all week, which has succeeded in trapping me indoors while blocking out the sunshine from my life.  For lack of better term; it all sucks.

Instead of continuing to whine, I have doodled this week, and I’d rather just share those and let them speak for themselves.  I’m due for another “Doodle Dump” anyway, eh? 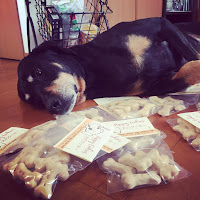 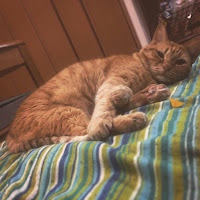 And so. I hope you all have a lovely week, I’ll be okay, promise.

EDIT:  I'm gonna let my original words stand, but this event has been postponed to rain... to a date that I cannot participate.  The only one who's okay with this is Mac.  Because he gets all the dog biscuits 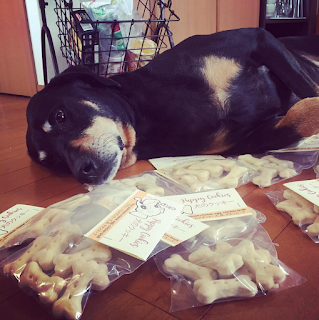 Remember in my last post when I mentioned some upcoming craft fairs?  The first one is this weekend.  If you’re in Nagoya, I’d be pleased as punch to see you out at Tsurumai Park on Sunday afternoon for the Aichi Vision event.  There will be live music and family-friendly activities, but most importantly, there will be ME and KP2 selling all sorts of fun things including (but not limited to): 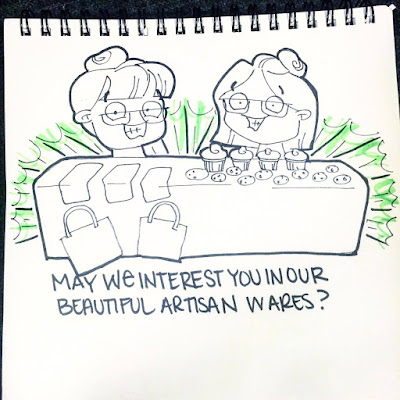 (there was a small test batch of cookies.  I was supposed to take pictures to post here.  you may notice they did not survive long enough for a picture to exist.  that’s how good those cookies are.) 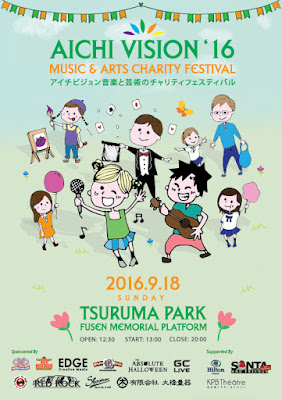 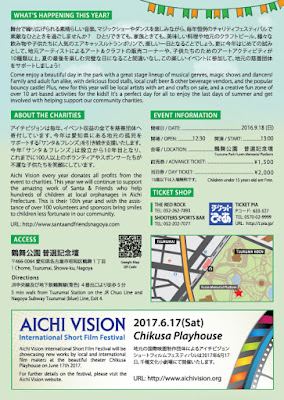 Since I’ve been hunkered down at the apartment prepping for all that, I haven’t been out and about much for too much in the way of blog-worthy adventures.

So come on out - be a part of the adventure
I’ll blog about next week!

Sewing for my Sanity

Every once in a while I meet a non-Japanese person who has lived in Japan for eons and intends to continue on living here, but by and large, the Expat population of Japan has three categories:
In case you have not been paying attention, I fall squarely into category #3.  Here in Nagoya, I am in charge of the household.  Making sure there’s dinner on the table, ironing work shirts, basically being a Stepford Wife.  Which is a sentence I type while fully acknowledging I thoroughly enjoy and am totally grateful for the freedom this role affords me in terms of experiencing Japan on The Mister’s company dime.  For the time being, I am happy being a housewife.

Being an American housewife in Japan is a full-time job with no vacation.  It’s not that I don’t have enough to do here just in the name of keeping The Mister, Mac, Bubba and I alive and well - but, I do need a little more creative enrichment in my life.  There’s a sense of uselessness that’ll creep up on me if *all* I focus on is the monotony of laundry, cooking, cleaning, and grocery runs.

And so - in the spare minutes between laundry loads, I MAKE stuff.  Fall is a particularly good time for this because Halloween is my fave holiday, AND it’s big in Nagoya.  Plus there are loads of little Fall craft fairs, and with Kp2’s help, I’ve been invited to participate in a few of them.  So the last few weeks have been a whirlwind of creating. 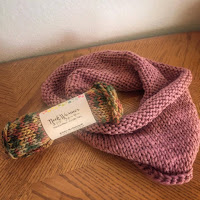 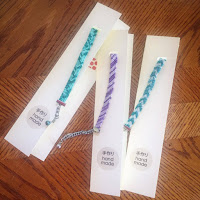 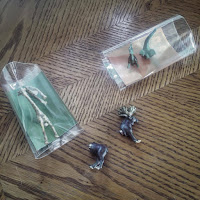 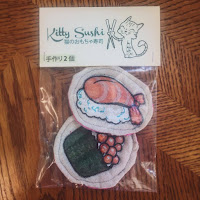 I’ve got scarves knitted, bracelets woven, magnet sets painted, and cat toys stuffed with catnip ready to sell.
(I’ll be at the Aichi Vision Festival on the 18th at Tsuruma Park from noon - 8pm.  Then on October 7th I’ll be at the YWCA for their Fall Bazaar from 10am - 3pm  And along with the above I’ll have CUPCAKESsSsSS) 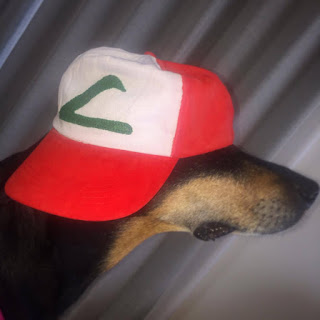 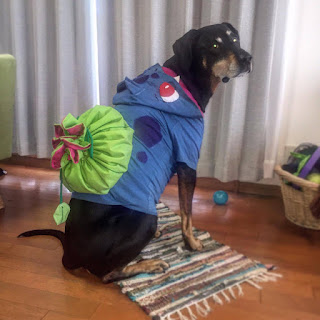 I’ve painted a "Kanto League" baseball hat and stitched together a Bulbasaur hoodie for The Mister and Mac’s Halloween Costumes.

And then yesterday, for no fall related reason, I decided to teach myself flash animation.

of COURSE the first one is Mac.  come on.

I based this one off of actual Bubba, and this tumblr post, which made The Mister and I cackle: 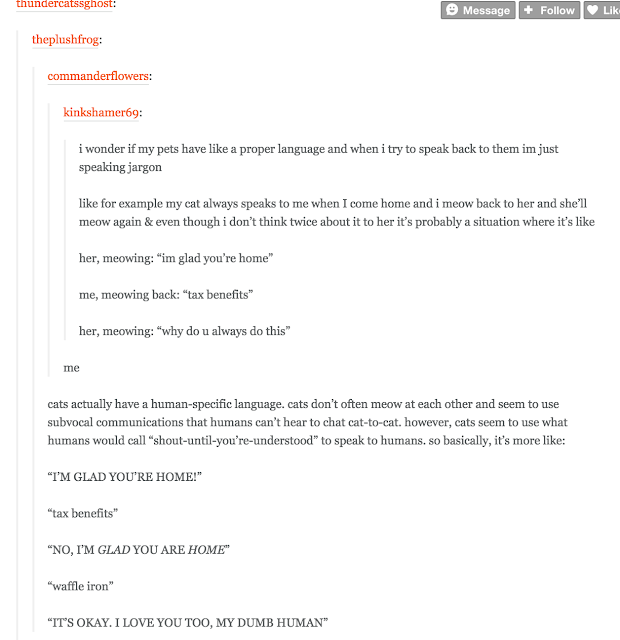 This is one of those skills I’ve long envied and wanted to learn, but was under the impression that it was super complicated and I would need a college level course and a text book.  Turns out I needed an afternoon, a ton of patience and youtube tutorials.  And now also I need to convince The Mister that I need a proper tablet because the super cheap and cruddy one I’ve been using since college finally bit the dust halfway through these quick projects.

What do you do to keep your soul feeling well-fed?
Is there a cool skill you’ve taught yourself?
(and did you immediately feel like you needed to invest deeply into supplies for said skill?)
Tell me in the comments!

Alrighty.  I need some silly.  Let’s do this.

Roughly once a month I make the bold statement: “THIS.  This is the best gatchapon that could possibly exist.  I no longer need to buy gatchapons once I have bought this particular gatchapon.”  It’s my version of when you were in college and you had a rough night and were all “I’m DONE drinking forever… until Amber manages to smuggle another brick of Milwaukee’s Beast into the dorm.”

Amber was SUCH an enabler.
(Did you have a Amber in university?
Or were YOU the Amber of your friends?
Tell me in the comments!)

What’s a 'Gatchapon' you ask?
Toys, Trinkets, Small Accessories, Chachkies*.  The type of “high quality choking hazard” items you might have gotten in a McDonald’s Happy Meal, or pulled out of a prize chest at the end of your Dentist visit because -unlike myself as a sugar-sucking child-monster- you sometimes flossed.

They’re sold in little capsules from magical little contraptions similar to gumball machines.  And one can find those machines in collections by the dozen, stacked together in large banks in the middle of the mall, next to the cash register in most restaurants, in any arcade, literally just randomly out on the street while you’re walking around

Gatchapon machines are everywhere, they usually travel in packs (as I type that I realize that I’ve never seen just a single Gatchapon machine out by itself.  If there’s one Gatchapon, there’s at least a dozen more nearby.  Gathapons: the cockroaches Japanese retail.)  and each Gatchapon machine has a theme.  There will be up to a dozen different items in the machine that all fit the theme, and when you put in your 100¥ coins and turn the dial, you’re rolling the proverbial dice to see which of those items you will get to further enrich your life.

As you might remember, I happen to be a adult woman.  And as such, you might be asking yourself; Why, KpMcD, would you purchase what are clearly toys meant for small children?  And why would you keep doing that?

How DARE you.  I would argue they’re not all for children.  Non-kiddie-centric themes I’ve encountered (I say that while fully acknowledging that I buy the ones for kids too.  A wind-up walking pikachu toy?  I mean, come on.): 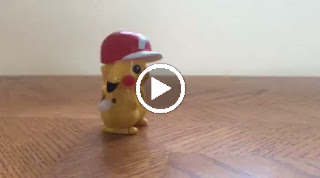 (haha they haaaaaate me.)

What’s the weirdest Gatchapon YOU’ve seen?
Tell me in the comments!  (bonus internet points for pictures)

Long story short, I’ve amassed quite a collection of Gatchapons.  And while I put on a good dramatic show about it; just like Amber’s not done tricking you into one more frat party, I’m not done sheepishly explaining to the cashier at the nearest store that I need my change back in 100¥ coins so I can buy more little plastic trinkets.

*I maaaaaaybe used the word "Chachki" just because it reminded me of Violet Chachki, which in turn reminds me of RuPaul’s Drag Race, which makes me excited to catch up on All Stars season 2** after I post this***
**Team Katya.


***Can someone explain to me why World of Wonder has put regional restrictions on their videos?  If you’re going to post the whole episode online but only for people in the states, then A. You should be called US of Wonder, and B. You should just know straight away that it will only take about 20 minutes for someone to rip that from your site, where you get viewing numbers and stats, and repost it on youtube.
Posted by Kp at 2:37 AM No comments: