The End of My Political Aspirations

-The Earthquakes in the Kumamoto area of Japan have not affected us in Nagoya.  For that I am thankful.  We are safe and sound.  And I am so incredibly grateful for the family and friends who have checked in with us to make sure we're okay.  But there are many who are not okay, and relief efforts are being hindered by the destruction of roads and railways in and out of the area, as well as more and more fierce storms battering the shorelines.  If you are so inclined, this article is a great guideline for where and how you can help:  http://www.japantimes.co.jp/news/2016/04/17/national/kumamoto-quake-info-where-to-go-how-to-help/#.VxYJ95N96Rs

-The Mister and I are taking off at the end of the week for two very great reasons: a very needed vacation, and to celebrate my very wonderful little cousin get hitched, all from a resort in CANCUN.  So there shall be no blog posts the next few weeks while I tan myself to a crisp at a swim-up bar.  You understand.

Okay.  Got all that?  Great.  Let’s talk about the Penis Parade.
Maybe I should have added a disclaimer:  hey family, I really did go to a penis festival, so, you know, read at your own risk.

Spring sees a myriad of fertility festivals throughout Japan, and almost all of them center around the most easily recognizable visual representation of fertility.  I’m talking about d*cks here people.  Keep up. 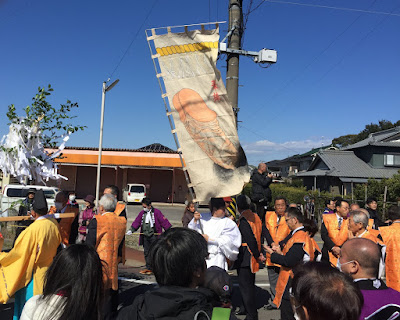 Obviously, this is a festival which participants hope brings luck for new babies to be made.  It celebrates babies that are already on the way.  And in a less obvious way, is also about the vitality of the crops for the year.

About a month back, I went with a few people (who will retain their anonymity for their own possible political aspirations…but you could probably guess) to the penis festival in Komaki, which is both the closest fertility festival to us here in Nagoya, and also one of the more well-known festivals in Japan.  So that worked out well.  I’m happy to report we let ourselves get a little campy with it, which seemed in the spirit of the day.

Oh yes folks, I ate a corndog shaped like a penis.
I ate a chocolate covered banana with a marshmallow at the tip sculpted to make it look like a penis.
And I ate a sucker which was… you guessed it, shaped like a penis.  The number of SUPER amused Japanese folks who took pictures of us while we ate our penis suckers was out of this world.  And the more brazen ones actually asked us “do you know what you’re eating?”
Nope, no.  We don’t have d*cks in America.

I had a blast.  And, somewhere in Spain, I was broadcast on an English-speaking TV channel being interviewed about the festival while mowing down on that aforementioned penis-nana.  Japan, I hope you feel I represented your festival well.

from L to R: TV camera man.  Nana-weiner vending booth.  Fellow foreigner blurred for their protection. Definitely not me holding a penis-nana. And the reporter. This really happened.

What’s the most interesting celebration you’ve attended?
Tell me about it in the comments!

I Have SEEN Some Stuff.

Guys, sometimes as a foreigner it can be weird to live here.  There’s a lot to get used to, and sometimes it’s just a little too much for my brain to handle.

On bad days, the things I see lead to me grumpily rage-writing about [for example] how frustrated I am that Japan seems to lack any sort of socially agreed upon rules for pedestrians when they’re pedestrian-ing around on the sidewalks. [and later deleting because that’s no fun to read as a blog post]

The point of THIS post is how on the good days, fellow foreigner friends are vital in instances of Japan being… well, Japan being Japan. 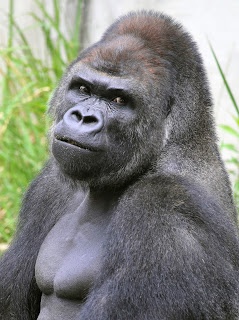 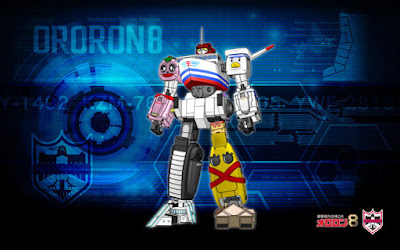 If you’ve grown up living in Japan, these are the sorts of things that are not notable, as they are just normal occurrences (please note, I am not saying that Japanese people would be cool with a creeper watching nudie flix on the train, but it’s common enough that they’re not likely to do anything about it either).  So a foreigner being worked up about things falls largely on deaf ears.  For me, that has a great side effect of making me feel like I’m insane to have taken such note of things that Japanese people normalize.

Thus, there are times when I am intensely thankful for friends I can turn to and say “Dudes. Japan. What?” And they respond with “I know, that’s a bit weird, right?”

"Japan. What." Rules: (2-infinity players)
1.  Player 1 sees something out of "their ordinary."
2.  Player 1 texts all other players with their basic location and an “1 adjective + 1 noun” structure message followed by “Japan. What.  Go.”

Want to play with me?
Start your own round in the comments!

Japanese friends, you could play this in a flipped version, FOR SURE.  For example, my Japanese lesson this week included a discussion on how confusing the concept of bulk-buying at a Costco is.  “How do you eat all that food?”  “How many people do you have to bring along to hold everything?”  “You go by YOURSELF?!  HOW?!”  “The cart is HOW big!?  It's not a cart?  It's a FLAT BED on Wheels?! That’s ridiculous!”

…Yes, I agree, Japanese Teacher.  Costco is insanity.  But it’s also the only place around here that I can get Mac-sized dog treats.  So there’s that.

Hey I got one more year here Japan, let’s not make this actually annual.  I am not a fan.

[note: i’ve had a few gigs lately that require close detail pencil drawings - I needed a break for some looser sketching, so today’s illustrations are provided via the tiny white-board I procured at the local Daiso.  Enjoy.]

You may remember about a year ago, there was an Earthquake which I felt.  It was a decent size at 5.6, but the Epicenter was hundreds of miles away, so the only reason I felt it at all was because we live on the 11th floor of the building.  So up high, we get to swaying a little more than your average apartment.

Now, I had done a bunch of research about what one should do when an earthquake happens back then, but it was still not real solid information in my head, and I was so confused as to what was happening, and I barely felt it, so…
I didn’t really do anything but yell and panic in the middle of my living room.

I am… happy to say I was better this time? I guess?

So Japan, or at least Nagoya, has an alert system for people, should they be able to predict an earthquake with any advance notice.  Previously, I had understood this warning would come in the form of speaker cars, which I... was less than pleased with.  1.5 years here has more than taught my hearing to completely ignore the annoyance of the speaker cars who are generally spewing advertisements about sales at the local home good store at absurd decibels at all hours of the day.  I knew a speaker car wouldn’t get my attention for sh*t.

You know what DOES get my attention?

Japan has a new program (enacted last August) which allows them to hack into every phone and wi-fi enabled device in the area to make said devices scream “EARTHQUAKE IS COMING!” at their highest volume level.  THAT gets me to jump to action faster than when Bubba starts to make that “I’m about to vomit” *URK* noise.

Now of course, this alert was in Japanese, and as I do not use the word for Earthquake in my daily conversation, it is not a word I knew.  No friends, I did not know the word for Earthquake in Japanese - but when your phone starts screaming "JISHIN! JISHIN!" at you with "Emergency Alert" flashing across the screen, let me tell you there is a lot you learn immediately from panicked context. 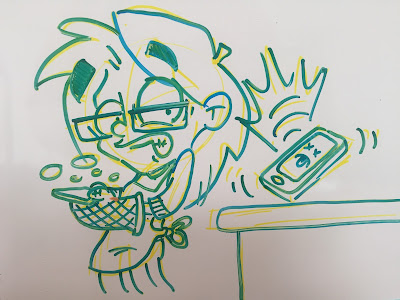 I had time to grab a very fluffy Bubba and a very whiney Mac and we all sat in the doorway of the toilet room.

And then our entire home spent about a minute rocking a good foot back and forth in the air while the earth beneath us made it’s best impression of a toddler flinging their body to the ground in protest of their galactic mom not buying an ice cream cone in a 6.1 Earthquake. 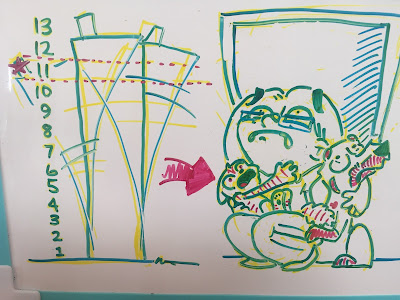 Mac whined and Bubba caterwauled, serenading whatever higher beings were clearly coming to collect our souls.  I am very thankful to say I had The Mister texting me to ask if I was alright and talking me through the whole thing (he was on the ground floor of his building and thus felt nothing but still heard the warning).  Still, as you may have gathered from any number of previous posts about small crisises in the life of KpMcD, I wasn’t like, SUPER calm, so much as just frozen in terror.

It only lasted about a minute… but when your whole house is moving of it’s own accord around you, let me tell you a minute is more than enough.  And as everything settled back down and I was able to walk around and take stock of the damage (two entire potted plants fell over on the balcony), I found myself torn between nervous sobbing and hysterically laughing at what can only be described as my continued invincibility. 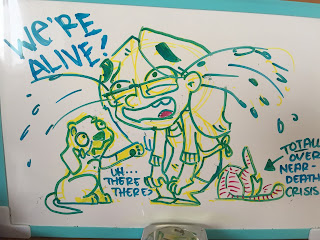 Mac had no idea how to console me, and so I consoled myself y walking to the park for a Turkish Kebab.

Have you survived a natural disaster?
Tell me what YOU’RE invincible to in the comments!


EARTHQUAKE!  IT’S AN EARTHQUAKE!
Posted by Kp at 4:39 AM No comments: