Okay But, So We DON’T Have Our Health.

I mean, I’m good NOW.  No worries.
I caught a bug a few weeks back, which I’m going to go ahead and blame for my lack of timely blog post here last week.  I was feeling pretty rough, and as anyone who interacted with me will attest, I SOUNDED pretty rough.

And then directly following that, there were a few days where I would open my mouth and my lips would move and zero sound would come out.

I think it’s safe to say I had a touch of laryngitis… and judging by the snot-volume, also a cold.

Whatever.  Point is, I survived with little consequence.  Though it did give me some observations about winter and sickness in Japan.  And, I figure, y’all seem to like bulleted lists, so, you know, let’s do this thing. 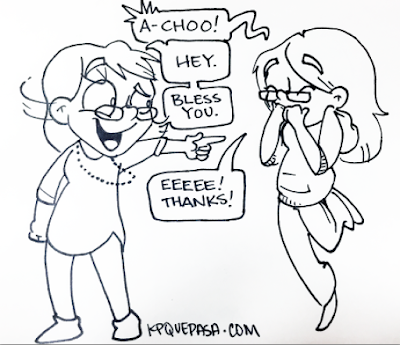 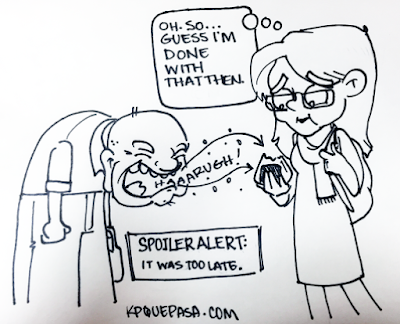 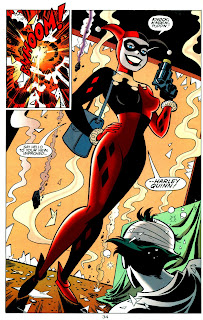 What’s the worst sound you’ve ever heard?
Is it snot-horking?
Or Andre the Giant after sand-gargling?
Something else?
Tell me in the comments!


That old man has a tiny, brittle, turtle body.
Posted by Kp at 7:53 AM No comments:

Halloween was last weekend.  You know what that means:

It’s time to look at our awesome Halloween costumes!

This year I found my inspiration in mid-July, and then tried really, really hard not to tell anyone until at least August because I didn’t want to seem too-crazily obsessed and/ or insane, and... I failed.  So sometime around July 20th The Mister came home from work and I was like
“HelloMisterWelcomeHomeCanWeBeVikingsForHalloween?!”

And wouldn’t you know it, he was down.

I mean, not to down-play my powers of persuasion, but convicing my hubby that he should wear armor and carry an axe and basically be the vision of masculinity for Halloween is not exactly a hard sell.

No matter, I win!

Also somewhere around that time, the ladies of The Australians™ and I went out for a girl’s night and I shared my elation surrounding the best holiday.  Since Halloween is not really a thing down under, they shared that the only context they’ve got for costumes is the wonder of American media.

But it stuck with me, and thus, there may or may not have been a decision to be a skanky American stereotype version of a Viking for Halloween.  Sorry family?  Except I'm not sorry.  I looked good.  Whatever.  #sorrynotsorry

Also, if I can be real candid for a moment - I did it because I’ve got boobs.  That’s the short version.  The long version is that it’s been hard on my self esteem to live in a country for months and months where, though I've worked hard to be a medium or small size in the states, here I am not just plus sized, but usually a size that is too big to be represented in a store.  Japanese bodies are just built incredibly short and slender.  Thus sometimes... you need a little confidence boost by being able to dress up in a costume that accentuates boobs because it can feel good to see a glint of envy in a Japanese gal's face for a split second.
It doesn’t mean that I’m inviting people to grope me on the street, but we’ll get to that.

The other thing I decided about this costume early on is that I wanted to make everything from supplies I found at Daiso - a chain of “dollar store” type places that are everywhere in the city.

So, excepting our t-shirts, The Mister’s pants and boots, and my skirt, boots and fishnets, I made everything you see here.  And I made it with craft foam sheets, gold spray paint, cheap fake leather belts, one baseball cap, and some white fluffy toilet rugs.  I’m pretty proud of them, and the Mister seemed very excited to run around pretending to chop things. 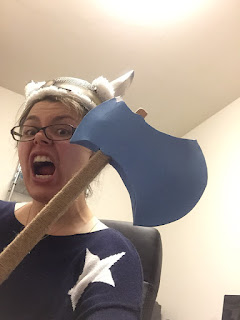 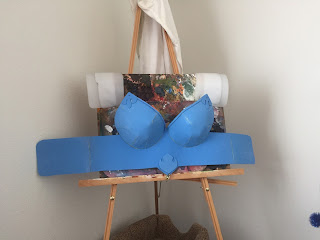 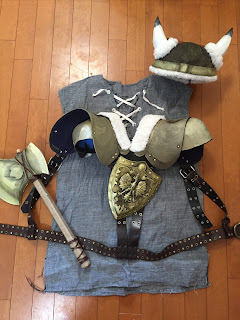 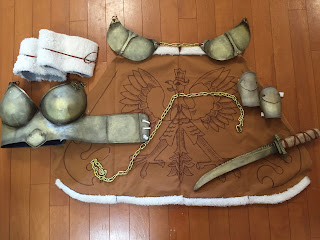 I rocked a "fur" trimmed cape, bustier-style armor, wrist cuffs and a sword.  The Mister was styled in a tunic, shoulder armor, sheild (with crest matching my cape) traditional viking-horned helmet, and of course, his axe.  Which was easily his favorite part of the costume.  He chopped so many things.

We celebrated by going to a city-wide pub crawl/ costume party called The Absolute Halloween.  Populated by a pretty good mix of Japanese folk and foriegners, and let me tell you, Japan does Halloween right!  People went all out on their costumes.  It was a lot of fun (though super crowded!)

And then of course, there's the previously mentioned random Japanese woman who ran up to me on the street while we walked around Halloween night and grabbed my chest in her hands while shouting “Ooki Oopai!”

This literally means “Big boobs!”  While I was flattered that she was impressed with the costuming (because really, they’re not quite that big… there were bra tricks and some contour makeup at play, friends), I was a little uncomfortable with her assumption that I must have put that on just so people would manhandle me.  Long story short I acquiesced to a couple photos with her and then tried in my limited Japanese to explain it was not okay to grope me while I backed away.  I *think* she got the message because later in the night she found me once more and hugged me from behind while shouting “Sorry!” in English.  So… I taught someone basic human boundaries?  I dunno. 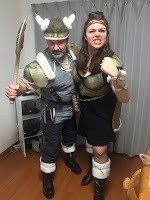 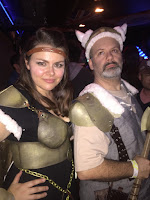 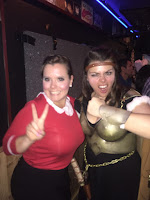 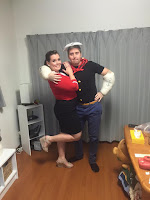 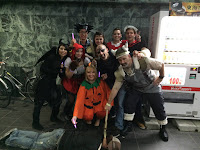 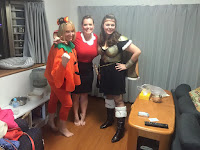 Meanwhile The Australians™ came to the table with a wonderfully whimsical representation  of Pumpkin Power (I want her pants!) and Popeye/ Olive Oyl.  Kp2’s curves gave me a lady crush.  I’m so proud to have been part of their first Halloween (and hopefully I didn’t freak them out too badly with my “OMFG DRESSING UP IS THE BESSSSST” fanaticism).

And now it’s on to Thanksgiving!

Kp2 and I are making a pilgrimage to the Costco on the other side of the city this weekend to secure American-type foods that can be transformed in my tiny microwave oven into a smorgasbord of yum for later in the month!  Jumping the gun a little bit, but this Thanksgiving I'm thankful for foreign friends who let me share my country's holiday celebrations with them.

What did you dress as for Halloween?
Tell me in the comments!

Yes, I have big boobs, but… please do not touch.

*Mac-dog did not get a new costume of his own this year - we didn't have anywhere to take him, so we just broke out the hoodies he's amassed in previous years to celebrate.
Posted by Kp at 10:44 PM 1 comment: