Enlightening thoughts on the housing process.


I've been away for a long time.  I know.  As I mentioned in my last post (over a month ago!  holy cats.  Is anyone still here?  hello?  *crickets*), life in general just has seen too many things lumped on my plate to be able to keep on keeping on like I had been and still giving 100% to everything.  I had to let something go, and unfortch, the blog was it for a bit.

I'd like to try and get back into this space, as I find it so cathartic sometimes, so I'm working on a few posts to get me back into place here.  If you're still here from before - thanks for sticking around!  If you're new - Shalom and Good Evening.

So the big thing on the plate is going to be continuing for seemingly forever quite a while, I believe.  This whole house business.  It would be so nice to find a home that the Mister and I can make our own together, with some more space for Mac to run around, me to garden, and the Mister to persue his love of the outdoors by shooting things (which to be clear, I'm totally okay with so long as it ends with my garden being protected from varmints, and my being able to consume my weight in venison.)

The Mister is my own personal Yosemite Sam.


We've kind of found a place that we like?  Without going too much into specifics, it's what the real estate business calls "A fixer-upper," and so we're in a back and forth with the current owners to get a lower price so we can use our remaining funds to make it livable.  We've thrown an offer out there, and as anyone who has gone through house buying knows, now it's an up and down journey of just twiddling thumbs waiting for responses, or "OH HOLY SNOT GO DO THIS/ GET THIS DOCUMENTATION/ SIGN THIS RIGHT NOW."  Which, you know, is "enlightening."

Meanwhile, the housing market is being stupid.  Our current neighborhood is a lovely space, very near the mall and walking distance from a few schools... but a few of the neighbors in this platt have seen better days financially.  By which I mean they've willingly taken big cuts when selling their homes, which by association drives the price of every other house in this area down.  So do we sell now or do we wait it out for a better price? Will we even make the money back on this place that it was purchased for?  (Ended a sentence with a preposition, deal with it.)  It feels like we go back and forth on whether or not it's worth it to sell right now once a day.  Which is, you know, "enlightening."


What's been "enlightening" for YOU when you search for a new place to rest your rump?
(aka what other "fantastic" adventures do I have to look forward to?)

We've looked at a few houses, and we've gotten advice on how to set up a house from our own selling agent, and I can't help but think a few things that I want to share today.

1.  The phrase "Fixer Upper" in the real estate field, is code for "This is a structure which may or may not need to be knocked down.  You certainly can't just move your stuff in here.  There's probably skunks living and or rotting in the rafters."  Maybe this was obvious to you.  I always thought "Fixer Upper" meant like, one of the bathrooms needs a cosmetic facelift, or there isn't a dishwasher, or you probably want to tear out all the carpet.  But not all of those things plus you'd probably want to check and make sure the foundation hasn't disintegrated.

2.  Paint is SUCH a subjective thing.  The first thing our selling agent pointed out to us was a small scratch on the wall that a chair had made in our dining room.  The generation of buyers these days don't want to paint?*  He flat told me there were people who would walk into the room, see that scratch, and that would be a deal breaker.  So I painted over the scratch.

Meanwhile, we looked at a place last weekend, and while it wasn't what we really wanted in a home, I LOVED every color in every room that the family selected.  As in, made The Mister take pictures of the rooms so I can copy them at some point.  When I said as such to the realator running the open house, he laughed; "Ha, that's why this is such a fun business - everyone else we've had in here today HATED the colors!"  How could you hate that teal?  It was such a pretty teal.  I would post the picture we took to prove it, but that room was their baby's nursery, and I feel a little weird about that.

*I'm still confused that this is a thing with people, because usually the first thing I think about when we look at a place is "oOoOo - and I would make this room GREEN.  Or PURPLE.  Or no wait, TEAL."  I don't care what color it currently is, and if there's a scratch on the wall, who cares?  I'ma cover it up three days into living there anyway.


Have you moved into a new, paintable space?
What are your thoughts on painting/ the colors you move in with?

3.  Selling agent informed me that when people come through they want to see clean and tidy, but not perfect.  Make it look like someone lives there.  I'll admit we're looking at houses that need a little work on purpose, but nowhere we've been has screamed "oh this is clean and tidy" to me.  Some of them have screamed "someone lives here," but more in the way that someone's squatting here because the last people to walk through forgot to lock it.  Also they were feeding the stray cats in the area.

To that effect, if you are looking at houses on the market, I would suggest not trying to pet the cat that lives there.  Because he probably doesn't live there, really.

4.  The Mister and I played a bit of a game to get our minds on the right page when it came to what we're looking for.  We would drive through a neighborhood, and with nothing but the brief second to look while passing a home, we would both say "yes" or "no."  Which sounded trivial when we started, but eventually we really honed our needs down to what we both really NEED in a next house, versus what we both really WANT in a next house.  Thankfully, we both agreed that we do not need or want a house that comes with four porta johns spaced throughout the property (yeah that's a real place you can buy).


How did you get on the same page as your co-habitant when house hunting?

5.  Our selling agent offhandedly mentioned to us that he always knows when he's got a bite before the buyers even do, because he can see them putting their stuff into our home through their minds eye.  I thought this was a really pompous statement on his part until we walked into the place we put an offer on.  And even though there was (still is) a HOLE in the main floor, I immediately painted the room teal in my head.  I installed a chicken coop beneath the deck.  And when I turned to The Mister to share this, he beat me to the punch by saying "we could plant fruit trees right there.  And my deer stand will go behind them."  Well, okay then.

How did YOU know your newest home was THE ONE?
(or at least worth putting an offer on.  we're still in limbo.)

6.  Fun fact - Loan-lending Banks are like NSA-level creepy with your finances when you've entered into house hunting.  Which means that even though Dora the For Explorer should probably have met her newest home at a scrap yard sometime in the last month, she's still  kinda trucking away in our driveway.  Because buying a car when you're putting an offer on a house is apparently a red flag.  I struggle to understand this, which has at a few moments in the last month made me feel like a spoiled brat when I throw mini tantrums from behind Dora's rattling dashboard.  I just want something I can drive without feeling like it's gonna die and leave me stranded any second.  Even that wouldn't be such a big deal if I could see the end of tis time frame - but apparently buying a house takes approximately the same amount of time to fully execute as it takes to ship something through international customs.  (if you don't remember our escapes on that from last year, indulge yourself).  Someone explain it to me.


***Call to action!***
I know this is a skeezy thing to do after giving you nothing for a month, but I'ma do it anyway.  Judge if you must:

A while back, The Mister and I started up a stationery company called FINvites.  This weekend, we'll be taking the plunge into the real-world of running a stationery business by entering our first wedding vendors bridal show.  If you're in the Kalamazoo Area and have pending nuptials, you should stop by the Radisson and say hello. 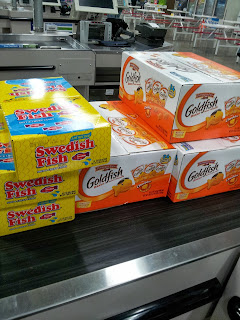 If nothing else, we have cornered the market on Shark-themed wedding businesses.
As you can see, we will be carrying through with that by offering
fish-shaped foods at our booth for you to take away.


Regardless of where you are, I'd appreciate if you took a second to like the FINvites facebook page.  I update it regularly with silly shark-themed puns and the occasional deal on stationery stock, so I like to think you'll get a lot back for your button-clicking investment.  Small business relies heavily on networking, we've got to spread our reach.  Thanks friends. 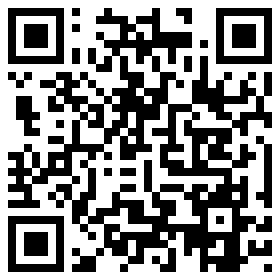