Howdy folks, it's that time of year again (Or rather it was a few weeks ago.  I had other things to write about. Sue me.)

Year in review!  Let's take a second here to peek at how 2014 worked out with those goals I set for myself.  Here's what I had:


1.  Art:  Make a greater effort to create for myself. Fulfill a desire to make pretty and functional things.  I'd like to look back on this in 2015 and have at least 4 great, fun creations to share.

2.  Career:  Come to grips with the idea that The Mister makes me one of the luckiest damn people on the planet.  In many ways.  But for this bullet-point's purpose, that I am able to do what makes me happy instead of what makes me money.  To wit, I think it's time to figure out how to make FINvites my main gig, and integrate that into life as the curator of KpQuePasa.

4.  Home Front: Grow a great garden that gives off enough awesome produce that I can freeze and can a few things come fall.  Get home to Wisconsin at least once this summer.  Manage to catch enough fish in one sitting for a meal while up north.  Sell this tiny, but well-loved house.  So basically, just be perfect.  Right.

1.  Art.  I managed to turn this one out, due mostly to how flexible the term "art" is.  Four top bits this year? 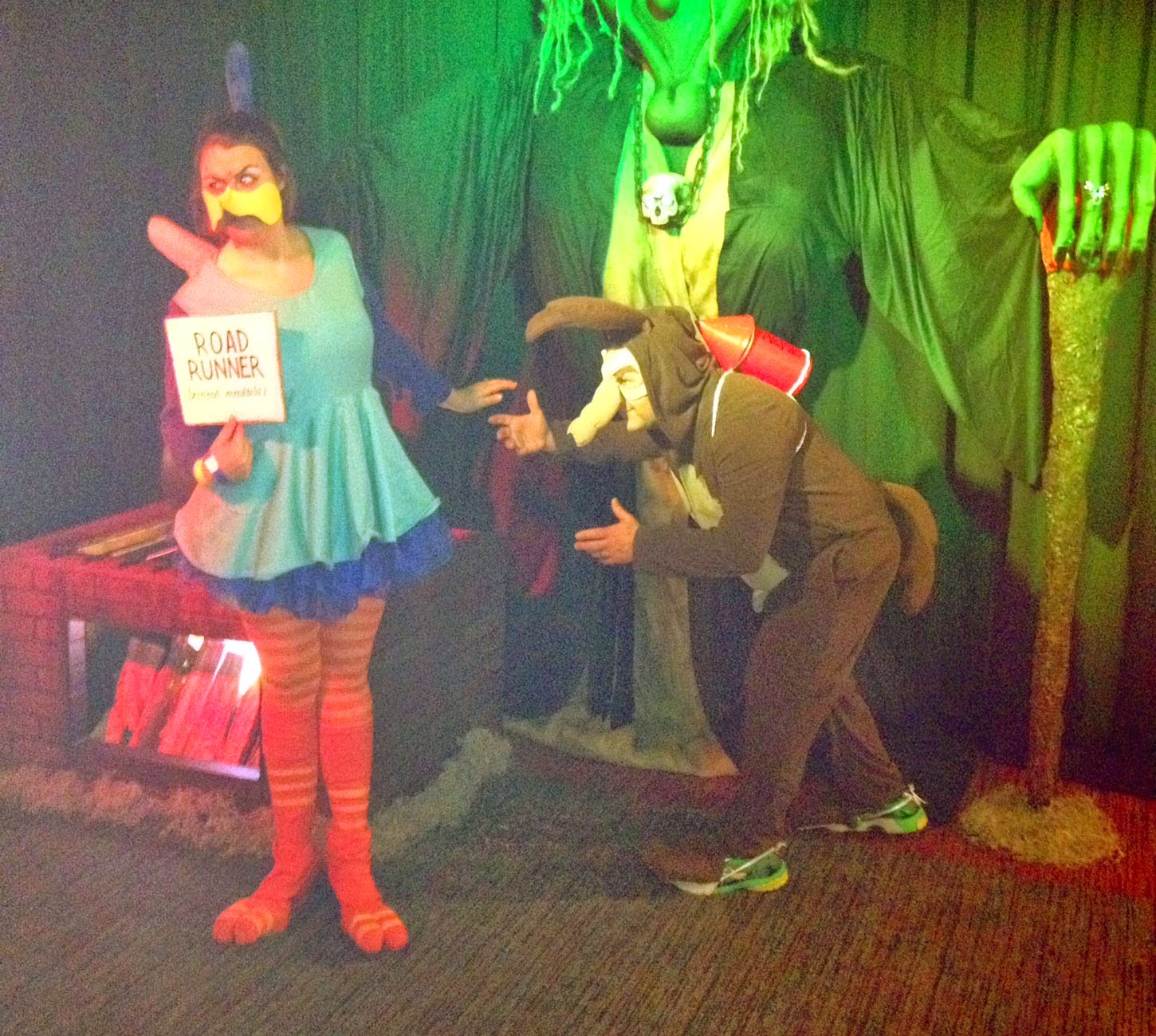 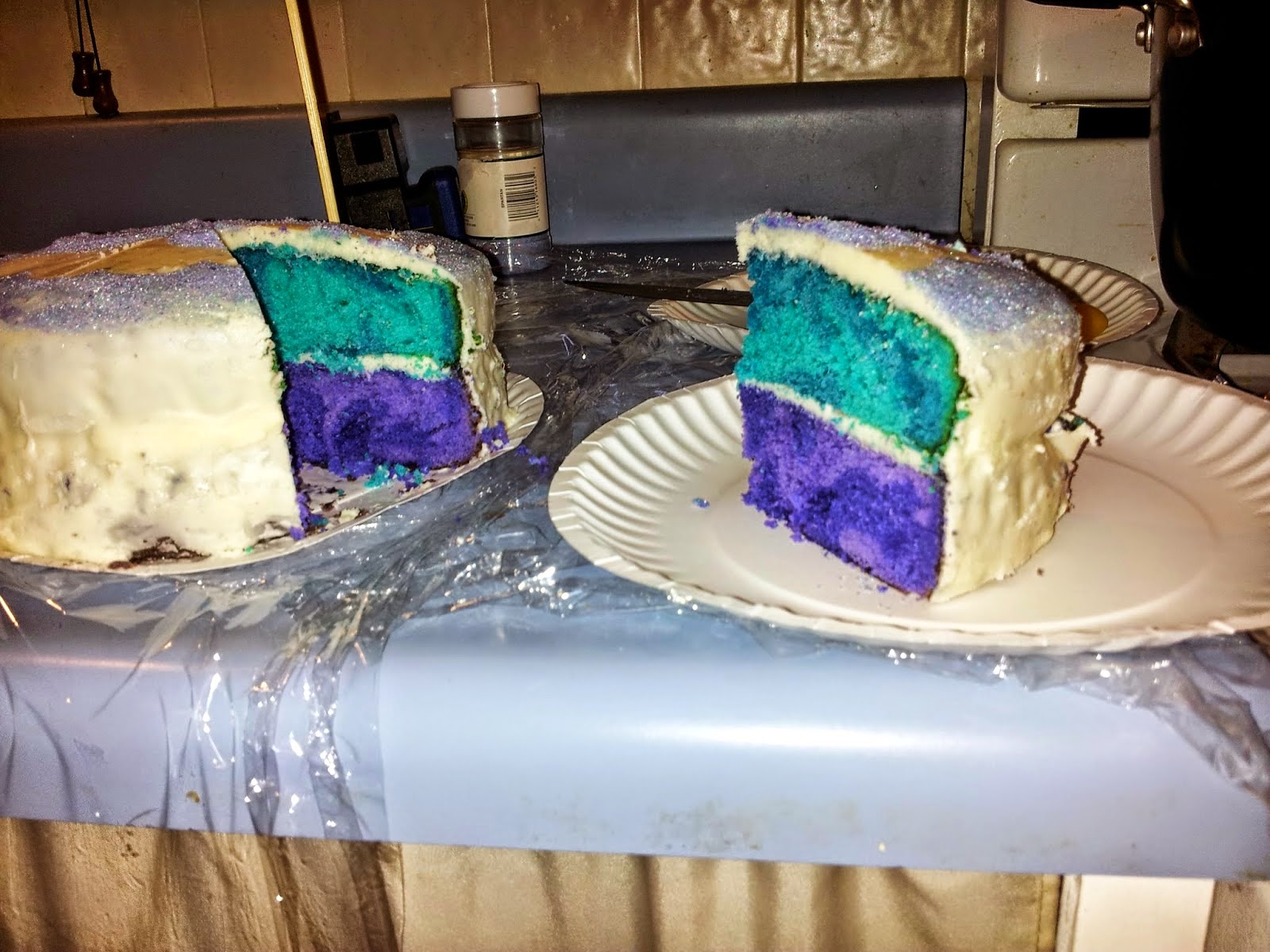 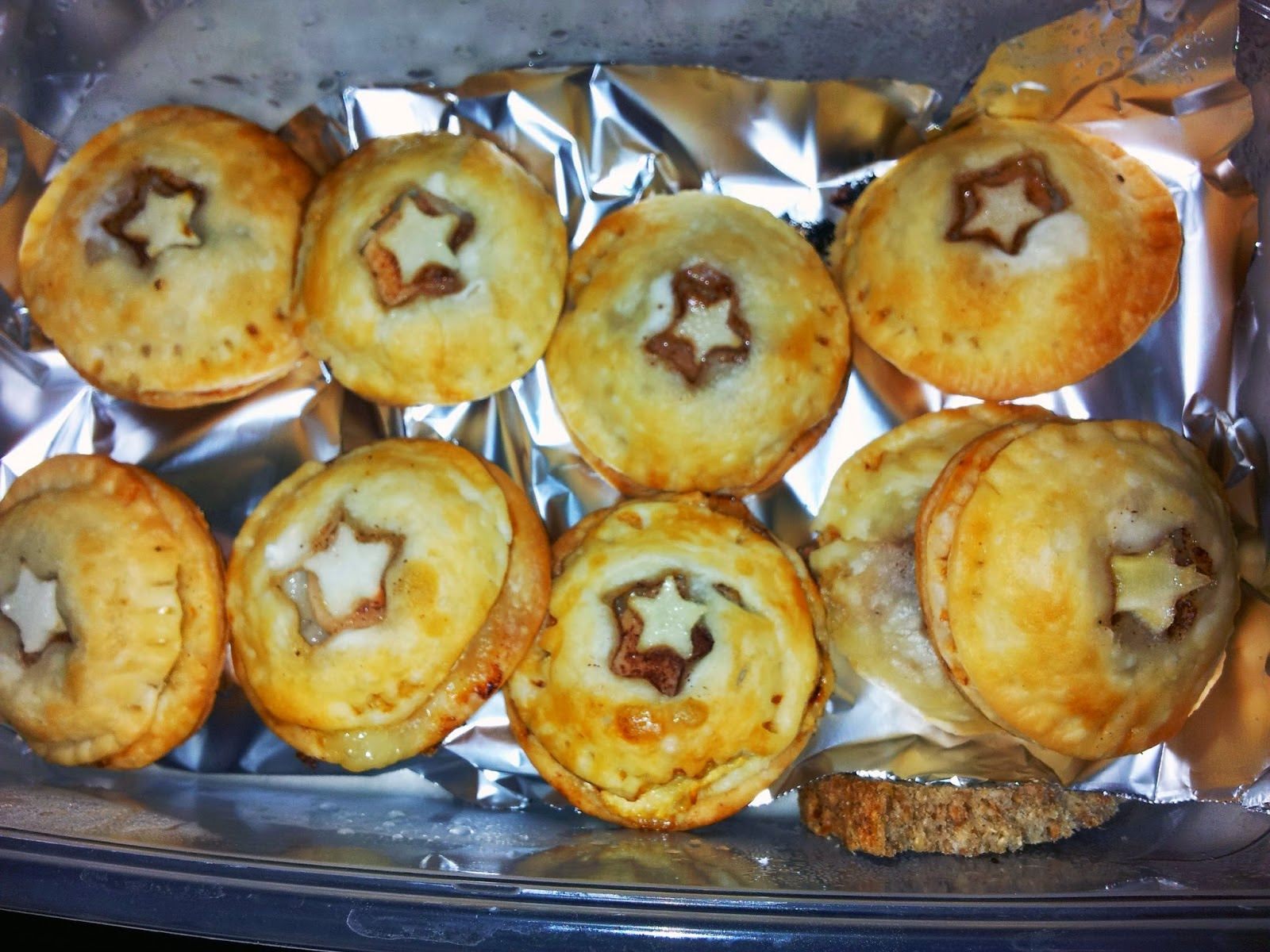 2.  Career.   FINvites is going well, though I'll admit I'm nervous about how it's going to look abroad... or if it's going to look like anything... but I *just* turned in my last US job to the printers yesterday and that's pretty exciting.  I'll check it as a win.

4.  Home Front.  Sad pandas.  The garden tanked, mostly because we turned the house over to property management in August.  I have managed to keep a single potted mum alive since then, but that doesn't really count.  Plus I'm a horrible person and totally plan on throwing a living plant away on the last day I'm here.  Sorry mum plant, your days are numbered.  Maybe you should have put a little effort into blooming, like, ever.
Not a real successful set of goals last year, though to be fair as of writing that I had no way to look forward and see that we were about to start our next big adventure of Japan prep.  I can't say it doesn't bum me out to not have a few more checks in the win column, but 't where do I don't know that I can blame myself too much for that (except the dreaded 42 fail.  That was all me.  And cookies.  Me and cookies.)  SO... where do I go from here?  Yikes.

1.  Move to Japan.
I'm throwing myself one here.  You might read this and think I've got it in the bag, but I know what's still left on the do-to list.  A successful move is not just getting The Mister and I from point A to point Japan.  It includes moving all our stuff, unpacking all our stuff to set it up, and of course, getting Mac and Bubba safely to Japan, settled in, and happy.

2.  Be less of a hermit than I was in Mexico.
I will be the first to admit that I'm not the most social person in the world.  (The Mister would very enthusiastically second that statement)  But Mexico was rough for me because I didn't feel comfortable/ safe leaving the house alone.  This is not an option in Japan because I don't have a yard for Mac, mass transportation is a necessity, and most notably, The Mister's naval obligations and civilian job will end up taking him on trips that leave me by myself in Japan on a regular basis (also it's leaps and bounds safer for a lady to wander around solo).  I have to get a friend group and leave the house of my own volition, by myself.  To be successful in this goal I will need to have found a group of my OWN friends (not just friends who are friends through proxy of The Mister), and I will have to pass the next level up of the Japanese Proficiency exam.  (This also means I"ll have to keep taking language lessons while we're abroad.)

3.  ARTING.
Staying sane for me is largely controlled by my ability to create things.  Some of this has been stalled lately because the to-do list is overwhelming.  I'll need to figure out what ARTING will look like, what medium it will take on once we're over there, but I want to create another 4 fabulous projects just for me which I can be proud of.

4.  The Dreaded 45.
The Dreaded 29 has been conquered since 2012.  That's pretty awesome.  But I haven't made much progress since then.  I'm crossing my fingers that a few key changes to our lifestyle will make another 16 pounds possible this year.

What are your goals for the year of the Sheep*?
How will you measure if you're successful?
Tell me in the comments!

And now, since I know that this is my annual post which is mostly self-serving instead of entertaining to readers, I'ma start working on a Friday post which is fun.  Check back in then!


*today's little language lesson
編みかけだったマフラーが完成しました。
Amikake datta mafuraa ga kansei shimashita.
The scarf, which was in the middle of being made twelve years ago, is now finished. 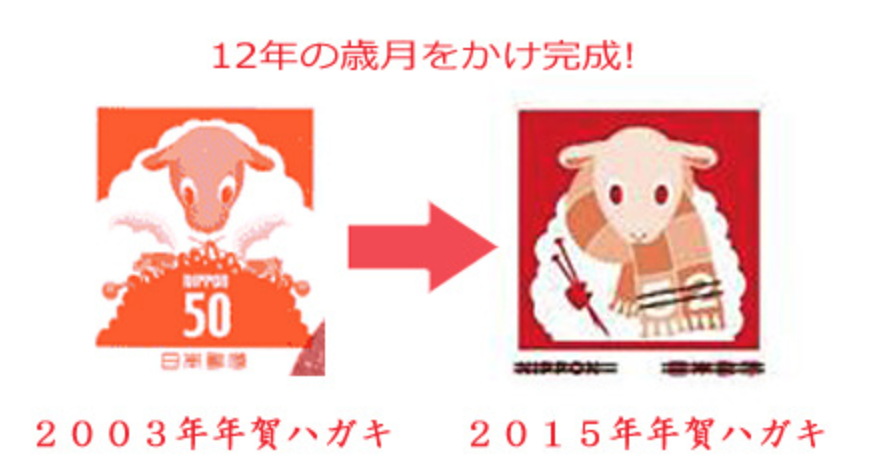 2015 is the year of the sheep according to the Japanese zodiac.  Each year the Japanese postal service releases commemorative cards that people can send to their loved ones in celebration.  The stamps on these cards are also commemorative, and this year's stamp is a sheep wearing a scarf.  It's a throw-back to 2003's stamp, which showed a sheep knitting a scarf.  Yay continuity!
Posted by Kp at 1:15 PM